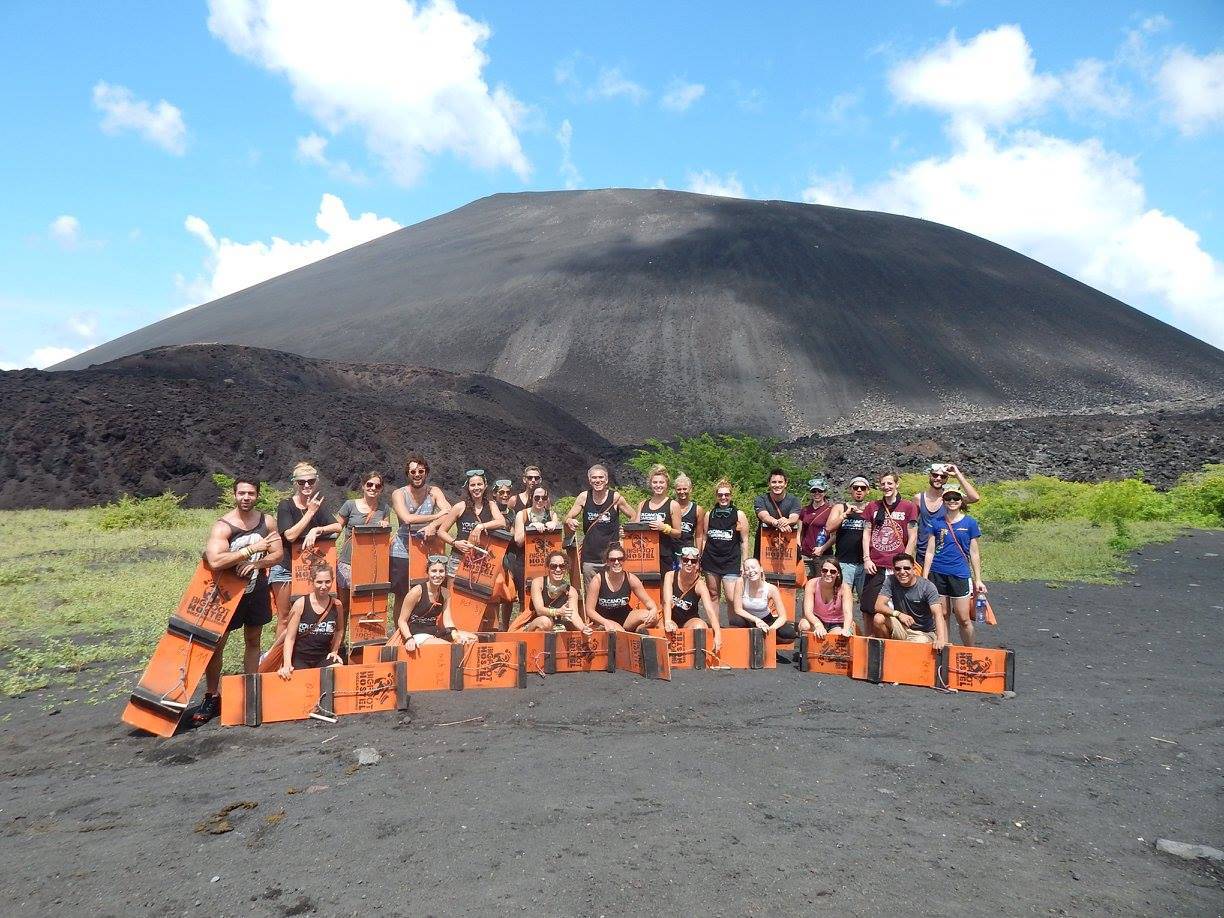 Nicaragua is known as the land of lakes and volcanoes. Leon is surrounded by many volcanoes and some are still active. Cerro Negro, also known as Black Ridge, is become very popular as a great place to go volcano boarding. People climb to the top of the volcano and use a small wooden board to descend at breakneck speeds. People do this downside of active volcanoes.

The Cerro Negro Volcano is the youngest and most active volcanoes in Central America as it was formed in 1850. The last time that it erupted was in 1999 and locals say it is overdue to erupt again. This volcano is unique because the eruptions spew ash that collects on one side and the lava flows directly from the base. The black ash on the side of the mountain create perfect volcano boarding conditions.

You can go volcano boarding in a group taken up by local hotels or activity planners. You will gather in a truck for a bumpy ride out to the volcano. Your surroundings will become increasingly black as you approach all of the surrounding volcanoes. Around you, you will notice all of the vegetation has disappeared. That is when you get to the base of the volcano. 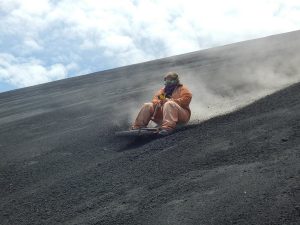 Each person grabs a wooden board, goggles and jumpsuit before beginning a 1000 feet vertical climb to the top of the volcano. The climb can be quite challenging because of the steep incline, heavy wooden boards and the loose rocks that you are walking on. Most guides will make frequent pit stops that provide a nice break and they will discuss the history and features of the volcano such as lava fields and craters.

If you are able to bring along a small camera, the top of the volcano has perfect scenery that is perfect for photos. You can see amazing craters and everything else below you.

You can control your speed by digging your feet into the ash and shifting your weight. Each person has the same boards and takes the same runs but the experience is different based on how you position your feet and weight. For first time volcano boarders, it can look really scary when you look down the steep volcano slopes for the first time. Do not be surprised if you notice a lot of wipeouts and crashes of the volcano boarders. While they can be dangerous, most of the wipeouts turned out to add more fun to the experience.